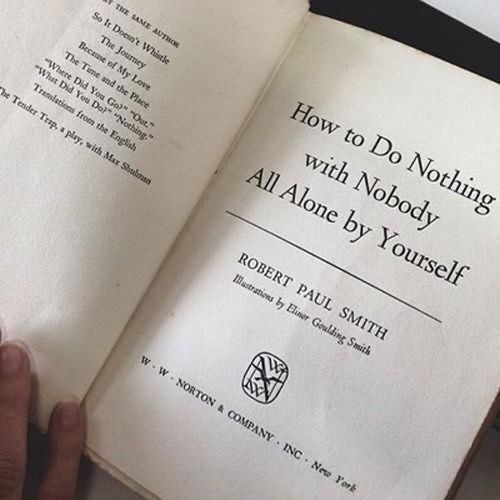 I am an only child so that may make more sense… maybe?

Whatever the case may be I’ve never disliked being alone.

However, this is not the case for all.

Rather than asking why others dislike solitude, I thought about why I enjoy being alone!

But I also enjoy spending time by myself.

I AM AN INDEPENDENT WOMAN

There is a certain satisfaction in doing something outside of the norm.

We all know it.

Being alone in public tends to be one of those taboo things.

So yeah, if I go to a happy hour alone to journal it is okay to feel confident in your difference!

Just follow through with what feels good for you.

You’ll be amazed by how awesome happiness feels!

Something I have learned overtime is that no will be will able to give you love you’re “looking for”.

You have to love yourself.
That’s the only way.
All that good (cliche) bullsh*t.

Hey, I don’t make the rules!

Think about all the joys of solitude, such as no one else to account for or answer to.

Do you guys like having alone time?
Let me know in the comments below!

It seems as though you have been lucky enough to have come across my blog! Welcome. 😇☺️

As those of you who follow me on Instagram may know, recently I have been making the effort to read more books. One of the three books I am in the process of reading is The Subtle Art of Not Giving a F*ck by Mark Manson. Get the book. It’s great.

I have been hearing about this book and how awesome it is for a little over a year now. But I’m one of those people who when so many people are hyping something up I’m like, “Nah I’m good.” Then I get onto the trend late and bother my friends about it months after the craze has died down. (Shoutout to my friends. I love you peeps!!) So I finally picked up the book a few weeks ago and damn it, I have not been able to stop thinking about it! Manson and I seem to view life in the same sick and twisted way, which causes me to love the book even more obviously.

One of the main concepts which has stuck with me is the inevitability of death. Manson’s final chapter is titled, “…And Then You Die”. It discusses the tragic death of one of his childhood best friends which put him face-to-face with the reality of death. Fitting title.

Death is a fact of life which we cannot escape, yet it remains such a taboo subject when it involves us personally. Why? Because humans are naturally conditioned to be averted to things they are not able to fully understand.

The question of what happens after death is one which perplexes each individual at least once in life, no doubt. I don’t just mean what happens after in the sense of heaven or hell, reincarnation or vast nothingness — I mean the question of how will the world continue without you in it. What is your legacy? What, if anything, are you leaving behind to be remembered by? Manson divulges further into this idea of how an individual’s personality will outlive their physical self throughout the chapter. He makes a point that THIS is the aspect of death people tend to struggle with. If you really think about it, it is pretty damn daunting.

I believe most people would argue that if you’re lucky, you won’t have to experience the intense hardships of life, such as death, until you’re older and presumably more emotionally equipped to cope. I strongly disagree. Why is it a debate if a kid is going to be present at a wake / viewing / funeral? Sheltering a child from the world and its harsh truths is going to do nothing but prolong the inevitable… The strongest people I know are the ones who have experienced rough shit, processed it, grew from it and kept living despite it.

– Mark Manson, The Subtle Art of Not Giving a F*ck

It is too damn true. We live in a world where everyone is supposed to do amazing things, be wonderful people, cure cancer, all that jazz. However, if we don’t fulfill these roles imposed upon us then we feel as though we have failed. Generally speaking.

As I mentioned in my previous post, I have been reading Co-Star Astrology daily for the past five or six months, and when I say this thing is scary relevant to my life, it is….

A few weeks ago, Co-Star’s message had mentioned the importance of “crying when you’re happy”. When I initially read it I’m thinking, “Why would I want to cry?” However, after processing it I’ve come to understand this to mean that even in times when you’re elated with happiness, you still have to understand and feel sadness. Being able to empathize with pain, or tragedy, helps you to appreciate life. You are forced to recognize your own mortality, whether you’re ready or not. And while this can be terrifying, once you’re face-to-face with the fear of death your perspective on life shifts.

Manson recounts his visit to the Cape of Good Hope on the coast of Cape Peninsula in South Africa. He talks about how he walked past the areas he wasn’t supposed to, going against his every instinct and sat on the edge of the cliff. Dangling his feet 820 feet above sea level.

Manson says in that moment he has never felt more alive.

I had a similar experience at the Cliffs of Moher in Ireland. I’m sitting on the edge of the cliff. My feet dangling 702 feet, so not as high but still damn intimidating. And as I’m sitting there I can’t help but peer over the edge, looking down into the abyss of murky fog. I can see nothing below. My heart was racing, my palms sweating and everything else that physically goes along with being incredibly panicked. But I wasn’t scared.

I understood Manson — I felt alive. More so than ever. ☺️